Thinking Fast and Slow written by Danel Kahneman explains the two systems that drive the way we think. Daniel Kahneman himself is a psychologist who won the Nobel Prize in Economics in 2002 for having integrated insights from psychological research into economic science, especially concerning human judgment and decision-making under uncertainty, or what we know today as behavioural economics. He shared the Nobel Prize with his partner, Amos Tversky, who died in 1996 from Hebrew University. Daniel Kahneman was born in Tel Aviv, in what is now Israel, in 1934. His father was head of research at a large chemical factory. He got his first degree from the Hebrew University in Jerusalem with a major in psychology. He is an eclectic student. He earned his Ph.D. from the University of California, Berkeley in 1961 and has taught at several universities around the world. He married Anne Treisman and moved to U.B.C in 1978 while Amos and Barbara Tversky stayed at Stanford that year. They are completely committed to their collaboration and spend every second weekend together managing their collaboration. In 1996 when Amos died, earlier that year they decided to co-edit a book on decision making that would cover some of the progress that had been made since they had started working together on the topic more than twenty years earlier.

Thinking, Fast and Slow consists of five major parts, Part 1: Two Systems; Part 2: Heuristics and Biases; Part 3: Overconfidence; Part 4: Choices; Part 5: Two Selves. Daniel Kahneman used terms proposed by two psychologists, Keith Stanovich and Richard West, namely System 1 and System 2. The first part of this book discusses the two systems of the mind that exist in the human brain. “System 1 operates automatically and quickly, with little or no effort and no sense of purposeful control. System 2 pays attention to mental activities that require effort, including complex calculations. Operating system 2 often reads with the subjective experience of being doer, choosing, and concentrating.” The examples of how system 1 works include answering the question 2+2=?, reading some words on large billboards, driving a car on an empty street, and expressing hostility to other people. While the examples of system 2 are running faster than usual, focusing on doing an exam, counting the number of letters in one sheet of paper, and filling out registration forms. The operation of system 2 requires your full attention and will be distracted if your attention is distracted, whereas system 1 does not require much effort to make decisions. The way these two systems work is also influenced by individual emotions.

Another idea is anchoring. When we buy a shoe for the first time, we don’t know what the price should be for the pair. IDR 150,000? IDR 500,000? or IDR 2,500,000? To find out the best price, we need to provide an anchor (the price range of the shoes). Our focus is to look at the highest price of the shoes and which model has the biggest discount. Subconsciously, the seller will be focused on our attention to the type of shoes they want to sell by taking advantage of our ignorance. That is, the price can be determined by knowing the price of shoes of the same brand or model and the price for sure is what can be issued. The same thing happens when we are a seller. To set the selling price, apart from the cost of production, we must know the best price of the goods in the market.

If you have to go to another area, for example area A. So far you get information from the internet from news and television that area A is a dangerous area, there are many criminal acts, and disasters often occur. Knowing this, you have negative suggestions and bad thoughts towards the area, but you still have to go for necessities. When you get there, you don’t feel the negative things that have been related to the media about area A so far. The availability of information that you have affects your thoughts on something. It is called The Science of availability. In economics, a person is said to be rational if he chooses the option that maximizes satisfaction and develops business. But often humans do not act rationally. In addition, people will choose to avoid it because the feeling of sadness felt at losing something is greater than feeling happy because of something.

In general, Thinking Fast and Slow is a good book to highly recommended. Daniel Kahneman gave many examples of how the human brain works in 2 systems and the biases that can occur in daily life, so that we as readers can avoid these biases and make decisions more carefully. 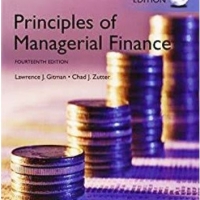