Through Critical Thinking, Let’s Welcome The New Paradigm Of Economy

National Economics Seminar explores more about the economy condition in indonesia after the general election 2009… We have invited many experts to talk about the future of Indonesia, be a part of something big by attending this event…

Prepared Motions
01. TH regrets the stock divestment of PT. Newmont Nusa Tenggara.
02. THBT insider’s trading should be legalized.
03. THBT public investment on green technology is a solution to employment in USA.
04. THBT the ideal financial market is the most transparent one.
05. THW stop importing rice to further empower local farmers.
06. THBT the government should invest its idle budget in the capital market.
07. THW invest in on-line music stores for the prosperity of domestic artists.
08. THW stop the overpayment of Indonesia’s House of Representatives members.
09. TH celebrates the service provision of Tiger Airways.
10. THBT region expansion is a budget wasteful.
11. THBT Indonesia’s fiscal stimulus plan is not the answer to economic crisis. 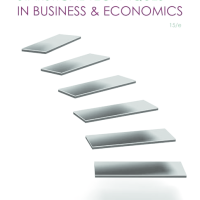