by Aili McConnon and Lawrence Delevingne
Thursday, November 27, 2008provided by

Many of America’s ultra-rich continued to give big donations to charity in 2008, despite the worst financial crisis in decades. In the past year, seven philanthropists gave north of $200 million and nine gave more than $100 million to causes ranging from wilderness preservation to fighting malaria. Warren Buffett and Bill Gates remain far and away the biggest givers overall, but two of 12 newcomers to the list pledged to give more than $1 billion away: William Barron Hilton, co-chairman of the Hilton hotel chain who pledged late last year to give away 97% of his wealth — some $1.7 billion — to his family’s humanitarian foundation and Peter G. Peterson, co-founder of the investment firm Blackstone Group, who gave $1 billion this year to establish a foundation that promotes fiscal responsibility. Read their stories — and those of the 48 other philanthropists on BusinessWeek’s list — here.

Buffett’s $31 billion commitment to the Bill & Melinda Gates Foundation, announced in June 2006, resonated throughout the philanthropic community. The giving is aimed at funding education and global health initiatives. This year the commitment to the Gates Foundation still resonates, inspiring other donors with a new model of philanthropy. Buffett, the world’s second-richest man, also earmarked billions for the Susan Thompson Buffett Foundation, the Howard G. Buffett Foundation, and the NoVo Foundation — independent family foundations that support causes ranging from reproductive health to worldwide conservation.

Bill and Melinda Gates give through their massive Seattle-based family foundation, which says it is “committed to ensuring all people have the opportunity to lead healthy, productive lives.” With an endowment of nearly $36 billion, the foundation works with partners to give people a chance to lift themselves out of hunger and extreme poverty in developing countries and, in the U.S., to ensure that all people have the opportunities they need to succeed in school and life. Its endowment is eventually expected to double, thanks to a long-term $31 billion gift from investor Warren Buffett, which pays out in installments. Recent initiatives include $100 million in micro medical-research grants; a $164 million grant to the Alliance for a Green Revolution in Africa; and $125 million to fight global tobacco use as part of a $500 million partnership with New York City Mayor Michael Bloomberg.

For more, visit the Gates Foundation.

Kaiser’s focus remains on early intervention in the cycle of poverty. Giving through his Tulsa-based foundation provides services that include early childhood education, pre-natal health care, public health, in-home parenting, and secondary education, as well as more generalized safety net services that deal with the symptoms of poverty. More recent initiatives have focused on women’s incarceration, secondary schools, and reserving land to create an arts and entertainment district in Tulsa. The biggest payout may be yet to come: Kaiser has said he plans to increase his gifts “until I die with one dollar left, assuming I can get the timing just right.”

Soros distributes $400 million or more each year through his charitable network, which aims to foster open and democratic societies around the world. This year Soros gave some $535 million to dozens of initiatives, including education in Liberia, microfinance in India, and mental health in Moldova. In 2005 he gave an extra $200 million for his Central European University, a graduate school he helped found in Budapest in 1991. An immigrant from Hungary who made his first billion dollars in England, Soros has given nearly $7 billion to support his network of foundations in more than 60 countries.

New to list Following in his father’s footsteps, Hilton late last year announced his intention to leave 97% of his wealth to charity after his stakes in Hilton Hotels and Harrah’s Entertainment were bought out by private equity groups for billions. Hilton’s fortune will go to his family’s foundation, the Conrad N. Hilton Foundation, which works to alleviate the suffering of the world’s most disadvantaged, with an emphasis on children and support for the work of Roman Catholic nuns. Grants go to causes such as stopping trachoma, the world’s leading cause of preventable blindness in Africa; helping homeless families in the U.S.; and providing clean water in Mexico.

For more, visit the Hilton Foundation.

The world’s richest family is also one of the most united when it comes to philanthropy. The secretive Waltons commit the bulk of their gifts through the Walton Family Foundation, which supports a variety of charitable causes. Their areas of focus: K-12 education reform, quality-of-life initiatives in northwest Arkansas (home to Wal-Mart), economic development initiatives in the Mississippi Delta region of the U.S., and most recently, marine and fresh water fishing sustainability initiatives.

The Sandlers have given away more than $1 billion to the Sandler Foundation, which works to strengthen progressive causes, such as: exposing corruption and abuse of power; advocating for vulnerable and exploited people and environments; and advancing scientific research. Last year, for example, the foundation committed $10 million a year to launch and sustain ProPublica, an independent non-profit newsroom, under the leadership of former Wall Street Journal Managing Editor Paul Steiger, that produces investigative journalism in the public interest. The foundation also helped establish the liberal think-tank Center for American Progress with a $50 million gift in 2004.

For more, visit the Sandler Foundation.

New to list Using his proceeds from Blackstone Group’s IPO, Peterson donated $1 billion to establish the Peter G. Peterson Foundation this year. The focus: to encourage greater fiscal responsibility in the U.S. The foundation has already purchased, promoted, and distributed the documentary I.O.U.S.A. to educate Americans about swelling national and personal debt. (The film is likened by many to Al Gore’s documentary on global warming, An Inconvenient Truth.) The former Commerce Secretary’s timing was uncanny as the financial crisis underscored his urgent message about excessive spending.

Using property and wealth from his real estate business, Bren has given more than $1 billion, much of it to support education. Bren’s commitment to schooling runs the gamut from students to principals to school districts to university scholars on his Irvine Ranch. This year Bren gave $8.5 million to THINK Together after-school programs, one of the largest private donations to after-school programs in California history. In 2007 gifts included $20 million for a new law school at University of California at Irvine and $3 million in annual grants, teacher recognition, and student scholarships. In 2006 he gave a $20 million gift to fund elementary fine arts, music, and science programs at schools in Irvine, Calif.

This year, Bloomberg added a $250 million, four-year commitment to his Initiative to Reduce Tobacco Use, which was established in 2005 and has received more than $375 million from the New York City mayor. The new money is in partnership with the Bill & Melinda Gates Foundation. Late last year, Bloomberg’s Family Foundation gave $9 million to promote global road safety, among others on the mayor’s long list of charitable causes each year. Dedicated to making strides in education, he has also committed $100 million to alma mater Johns Hopkins University and purchased a townhouse on the Upper East Side for his future foundation. Bloomberg gave $10 million to the World Trade Center Foundation. Since 1997, Bloomberg has pledged more than $1.5 billion to charities and initiatives.

For more, visit the Bloomberg Philanthropies.

*Based on public records and interviews with donors
Data: BusinessWeek, The Chronicle of Philanthropy and the Center on Philanthropy at Indiana University 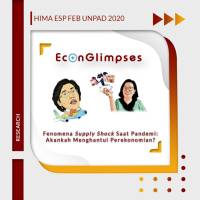 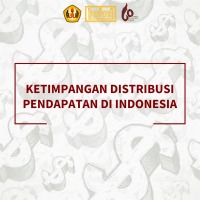